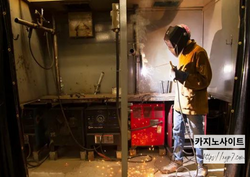 The bill garnered the state Senate’s approval in June.

Committee Chairwoman Mila Jasey, D-Essex, Morris, called it a “very popular bill” as she read out the names of organizations representing business interests and the state’s county colleges in attendance to show their support.

Several of the state’s chambers of commerce, the New Jersey Business and Industry Association and the New Jersey Council of County Colleges spoke in favor of it.

“This is a logical transition to an industry that has 10,000 to 11,000 companies in New Jersey, 340,000ish employees right now,” said John Kennedy, who heads the New Jersey Manufacturing Extension Program. The share of the manufacturing workforce below the age of 35 fell from 27% to 23% over the last 20 years, according to the U.S. census, said a spokesperson for the Chamber of Commerce for South Jersey.

The bill calls for state entities to work with the business community to design manufacturing career pathways that will be implemented through county colleges and county vocational and technical schools.

The goal is to create a workforce pipeline for jobs while ensuring the training provided through these higher education programs meets the needs of the manufacturing industry as it evolves. The bill also awards $10 million annually to promote these programs to educational institutions.

There will be $5 million available to county colleges, and $2.5 million each to four-year colleges and vocational and technical schools to advertise academic programs for students in manufacturing careers using the newly created Higher Education Manufacturing Grant Program.

Kennedy told lawmakers his organizations had been working with county colleges for seven or eight years to develop “what a pathway looks like, because there have to be on and off ramps,” he said. “Sometimes you run out of money, sometimes you run out of time, sometimes you have a baby.” The average manufacturing wage for highly technical jobs is a lucrative $97,000 a year, he said, which should attract students to train to become engineers, machinists and welders.

The secretary for higher education, and the state’s county colleges and vo-tech school councils will work together to support the program through the preexisting New Jersey Pathways to Career Opportunities Initiative. That initiative will leverage connections with 1,200 industry and educational partners, 19 high schools including 11 vo-techs, nine four-year colleges, six labor unions and six community-based training providers, according to testimony by a spokesperson for the state’s Council of County Colleges.

The bill focuses exclusively on workforce development in the manufacturing industry. An earlier version of the bill that would have elevated computer and technology-related careers through 20 fellowships in STEM areas was removed in amendments and did not make the final version.바카라사이트

Herb Conaway (D-Burlington), Brandon Umba (R –Atlantic) and Harold Wirths (R–Morris, Sussex, Warren) sponsored the bill in the assembly. It was supported by the legislative manufacturing caucus, a bipartisan group created in 2017 with the support of then-senate president Steve Sweeney, and co-chaired by Democrat Sen. Linda Greenstein and Republican Sen. Mike Testa. The caucus, which meets quarterly, held its first meeting this year in February with business owners at a brewery in Colts Neck.

A second bill that moved out of the committee on Thursday awards Thomas Edison State University $2 million to establish a Center for Career Relevant Education and Talent Evaluation. It will foster collaboration between higher education and partner organizations to support nontraditional students and workers and workforce development programs. It will create a base for students in New Jersey to translate their academic credits, skills and credentials including those earned through apprenticeships, into a record that will be recognized by employers.

The discussion on the bill centered around the fact that a college education is not for all students and that many need a trade to truly excel. Committee members talked about finding ways to get the word out to high school students that technical career pathways are strong and well-paying alternatives to professional degrees.

“Young folks get frustrated because they’re pushed into college. They need to fly on their own,” said one lawmaker, who talked of her own high school days when woodshop, typing and other skills were emphasized. Experts have questioned the wisdom of moving toward an education system that de-emphasizes hands-on learning and focuses on math and English for standardized tests, a priority since the 2001 No Child Left Behind Act. Since the 1990s, public schools have reduced classes that offer sewing, woodworking, home economics and other activities that engage physical skills.온라인카지노 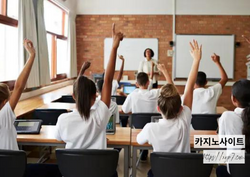 Teachers are being forced to take second jobs, including driving taxis, bar work and private tutoring, in order to pay bills and eat, headteachers and unions warned last week.카지노사이트 The NASUWT teachers’ union has found that one in 10 teachers now have a second or even third job because their teaching pay doesn’t cover their…